Kanha National Park is one of the largest national parks and tiger reserves in Madhya Pradesh, India. Totaling 940 sq. km., the park is located in the Mandla and Balaghat districts of Madhya Pradesh.

Flora: Kanha National Park is home to over 1,000 species of flowering plants spread across its highland and lowland forests and meadows. The highland forests are of a tropical, moist dry deciduous type and boast unique bamboo species on its slopes (Dendrocalamus strictus) as well as an Indian ghost tree (kullu) in the dense parts of the forests.

Kanha Tiger Reserve abounds in meadows or maidans, essentially open grasslands that have sprung up in fields of abandoned villages evacuated to make way for grazing animals. Aquatic plants in numerous lakes attract many migratory and wetland species of birds.

Fauna: Species of leopards, wild dogs, wild cats, foxes and jackals make the Kanha their home. The swamp deer or hard ground barasingha is the only sub species of swamp deer in India (Cervus duavcelli branderi), although it is not the only species of deer found here. The deer has adapted to hard ground, unlike the swamp deer of the north, which live in marshy swamps, hence their name. Kanha National Park has been instrumental in rescuing the swamp deer from extinction. Indian Gaur (bos guarus), a species of ox, is found in Kanha but seen mostly as winter ends. In summer, the gaur frequent meadows and water holes in the park.

Other commonly seen animals in the park include the spotted deer, sambar, barking deer and the four-horned deer. The latter can be seen at Bamni Dadar climb. Recently, mouse deer were discovered in the tiger reserve.

Black buck were once found in Kanha, but have since became rare for unknown reasons. They nearly vanished completely, but have been reintroduced recently inside a fenced area in the park. Nilgai can still be seen near the Sarahi Gate, while the Indian Wolf once commonly seen at Mocha is a rare sight now. Hyena and sloth bear are occasionally spotted. Langurs and wild boars are common, but the pugnacious rhesus macaque is seen less often.

Nocturnal animals like fox, hyena, jungle cat, civets, porcupine, ratel or honey badger and hares can be seen outside the park confines.

Reptiles like pythons, cobras, krait, rat snakes, vipers, keelbacks and grass snakes are nocturnal and therefore are rarely seen. There are many species of turtles as well as amphibians found in or near the water bodies.

Kanha and Satpura forest being a part of Gondwana, now famous as a tiger reserve. In times past, they were home to the Indian elephant. But Kanha is most famous for its tigers.

Tigers of Kanha:
One of the dominant male tigers of Kanha National Park is a tiger named Munna. Munna is famous for his impressive size.

Wildlife:
A good number of wildlife species are present in Kanha National Park, including:

Kanha zone being the premium zone. Although all the zones are equally good as far as bio diversity is concerned but tigers in Kanha and Kisli zones are more accustomed to Gypsy and human traffic and so much easily sighted.

Kanha Museum:
Kanha Museum is located inside the park and is amazing place to visit. This is the best place to get information about the topography and different interesting aspects about the park.

Elephant Safari:
This is one of the best ways to get a closer view of the animals of Kanha national park. Tourists can enjoy the amazing sightseeing as well as enjoy the wild animals in their natural habitat.

One of the best way to explore and understand the local bio diversity is on foot. Forest department has made jungle trails near Khatia entrance gate and Village Chhapri. To go on trail contact your accommodation provider or at the entrance gate. Nature trail at village Chhapri is highly recommended for bird watchers.

From Jabalpur, the best way to travel is via Mandla and Nainpur with an overnight stop recommended, then taking the diversion at Bamhni. Mandla, Nainpur and Seoni all have sports clubs, Internet cafes, guides, Christian churches and beautiful temples.

There are three gates for entrance into the Park:

Kawardha Palace:
Kawardha Palace is located at a three hours drive from the Kanha National Park. This beautiful resort was built in the period of 1936-39 by King Dharamraj Singh. This resort is spread across eleven acres and beautiful Italian marble is used to built this resort. Other places near to Kawardha Palace are Mandawa Mahal, Krishna Temple, Madan Manjari Mahal and Bhoremdeo Temple. 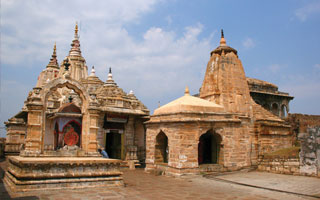 A nice one day getaways from Nagpur by road. A historical fort atop a hill and has an ancient Ram Temple inside with many artifacts of the erstwhile Bhonsale Rulers. 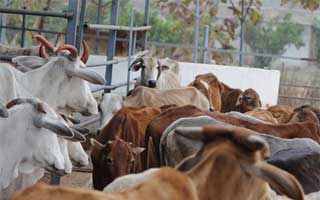 Rural Economy based on Cow –Holistic Agro practices& Medicine. Can be combined with Pench and or Kanha Tiger Reserve. 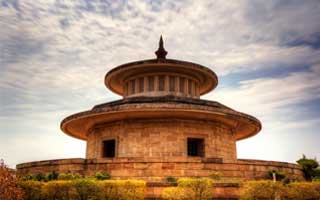 Kalidas Smarak, Ramtek, a memorial in Ramtek Taluk of Nagpur District. It is said that Kalidasa completed his epic Meghdootam, one of his most famous works here. 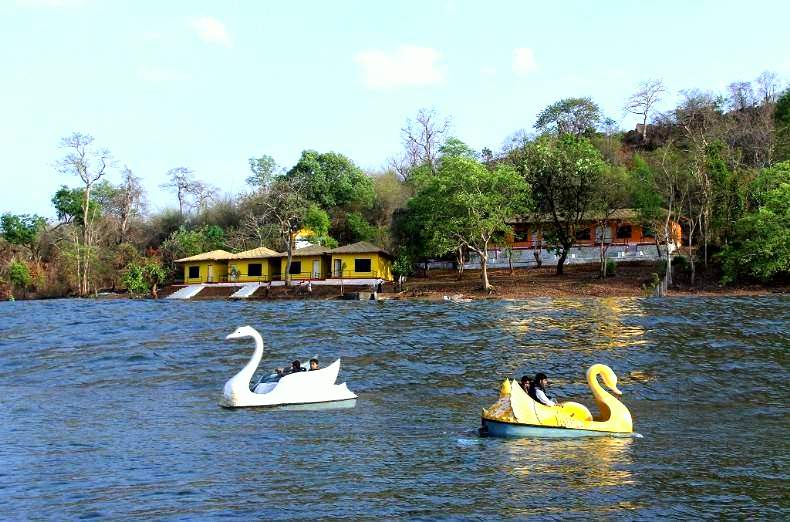 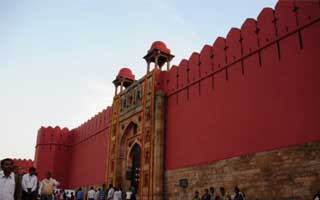 The square shaped palace inside the fort has an outer rampart with bastions and had an inner wall surrounding the buildings. The main gate of the fort on the north-west side is still in good condition. 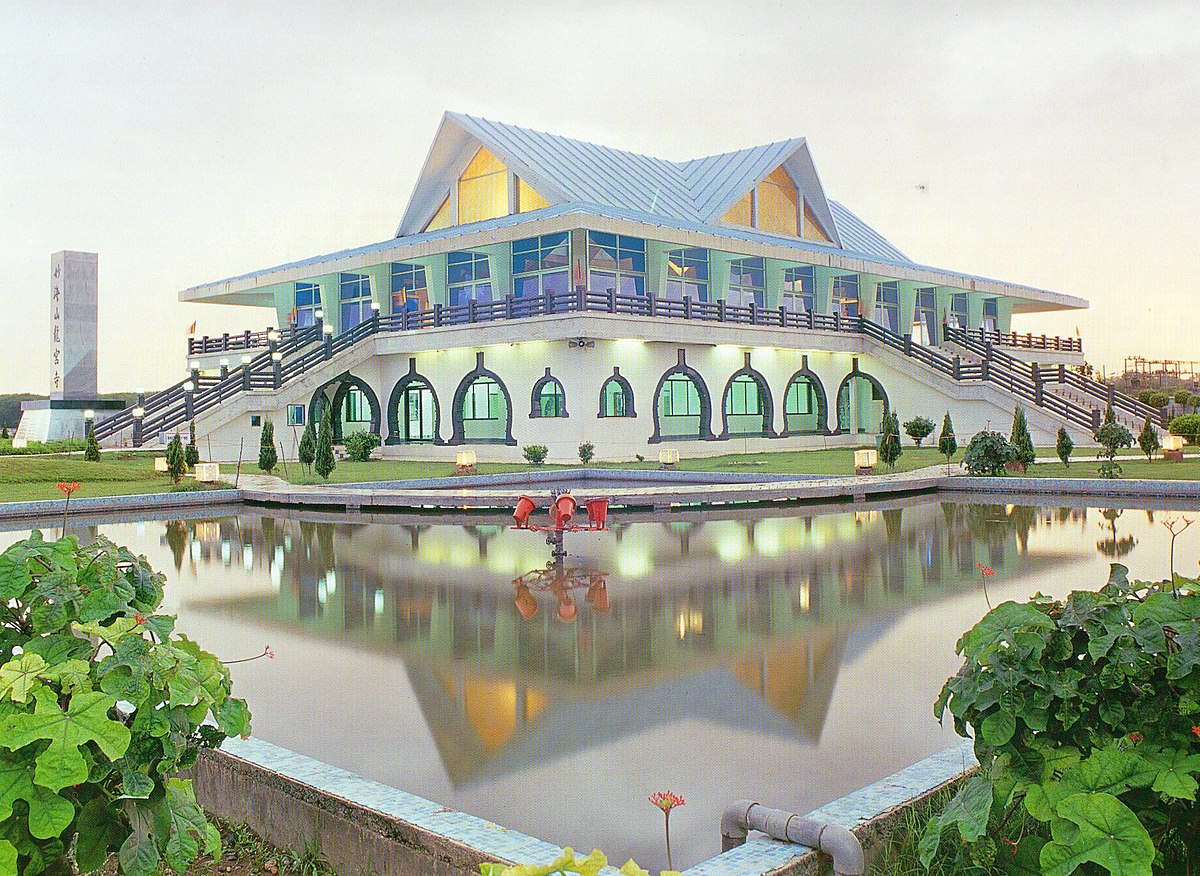 One of the most popular Buddhist temples in India, the Dragon Palace is famous Buddhist religous tourist attraction in Nagpur. … Kamptee is located around 20 km from centre of Nagpur and whoever visits Nagpur make it a point to visit this temple for its beauty