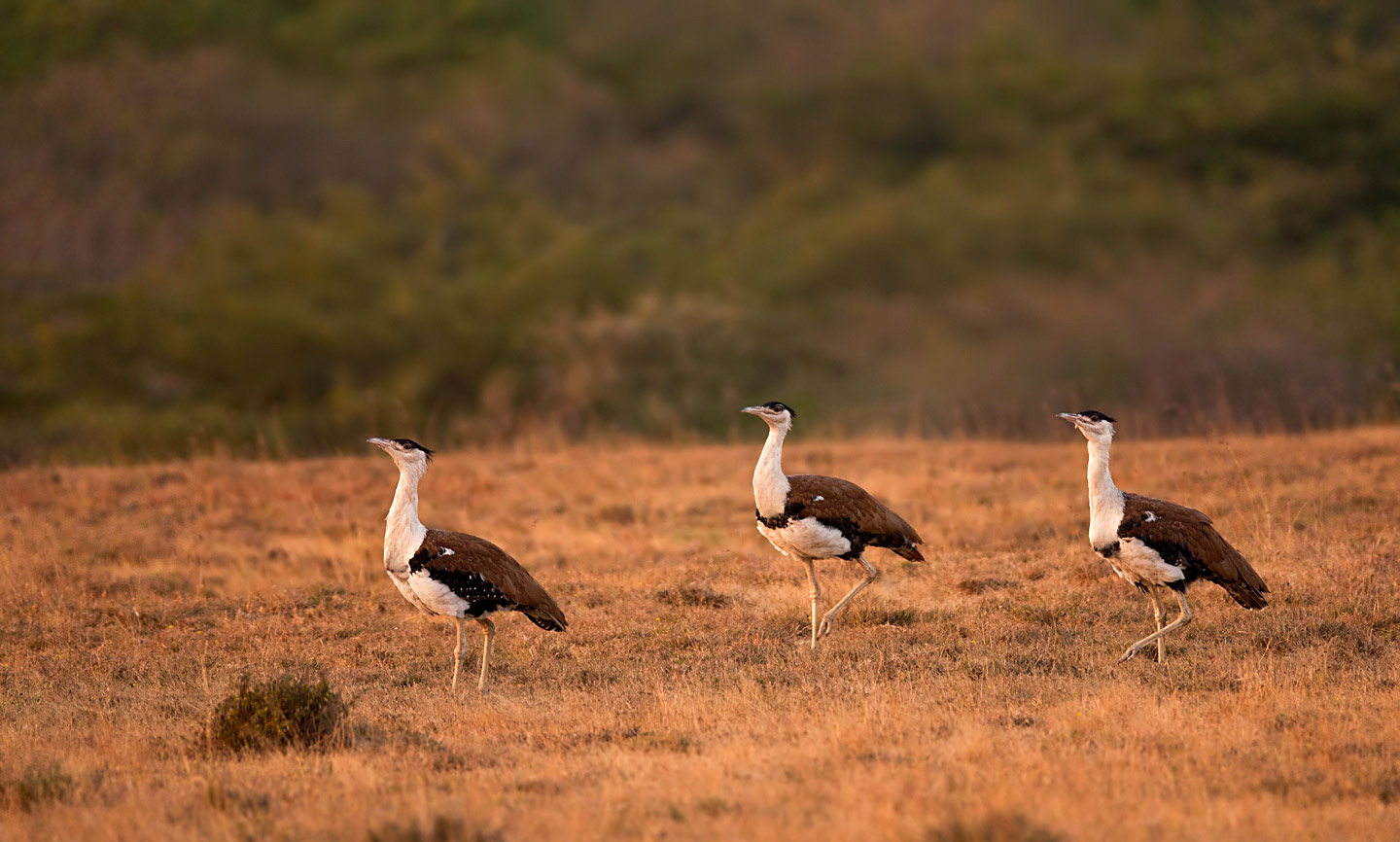 Once in The Running to Become India’s National Bird is Close to Extinction !

Once in the running to become India’s national bird, the great Indian bustard (GIB) is now fluttering for survival. Earlier found across several states of India, it is now on the brink of extinction and in absence of a strong political will to reverse the declining population trend, its revival looks near impossible.

The Indian bustard is considered among the largest flying birds in the world. In the early 1960s, when India was choosing its national bird, the GIB was a top contender with support from the country’s famous ornithologist Salim Ali. But it lost the race to the glamorous peacock due to its name which had the potential for an embarrassing misspelling. The great Indian bustard is the national state bird of Rajasthan. The state has the highest population of GIBs among Indian states However, in 2018, the bird’s future is in peril. Its population has been on a continuous decline from an estimated 1,260 in 1969 to 300 in 2008 recording a decline of about 75 percent. At present, its population is estimated to be of less than 200 across Rajasthan, Gujarat, Maharashtra, Madhya Pradesh, Karnataka and Andhra Pradesh.

Among these states, Rajasthan has the highest population with estimated 100-150 birds while in Maharashtra and Gujarat, the numbers are significantly low. In April 2018, a survey by the scientists of the Wildlife Institute of India (WII), India’s top wildlife institute, found only eight GIBs in Maharashtra. In February 2018, a report by the International Union for Conservation of Nature (IUCN) pegged their numbers at 20 in Gujarat.

The fall in the population of the GIBs has been consistent over the decades. The biggest threat to their shrinking habitat has been industrialization, mining, and intensive agricultural practices. The recent WII report noted that data indicated that the “GIB prefers open grasslands and agricultural fields of sorghum, groundnuts, and pigeon pea.”

The Indian government’s focus on welfare and conservation of large mammals like tiger, lion, and elephants has not helped the GIB’s cause either.

“There are less than 100 of these birds left. But there is nothing being done. This would be the first bird that will go extinct in our lifetime”.